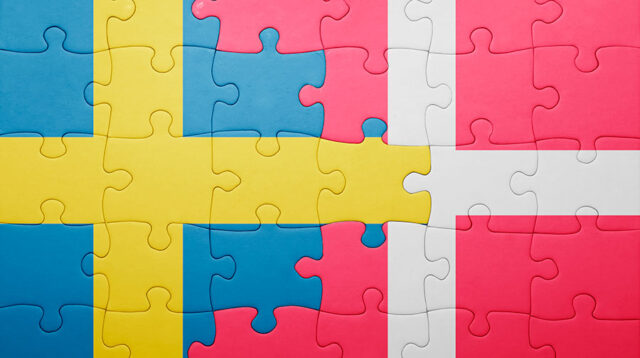 Sweden and Denmark are among the countries in the world with the highest type-1 diabetes prevalence. Both countries have a long tradition of excellent research and treatment, and with the new joint diabetes project DiaUnion, supported by the EU’s Interreg program, we are bridging research among the two countries to jointly put in an extra effort to fight the deadly disease. The DiaUnion project strengthens and develops Greater Copenhagen’s life science cluster Medicon Valley’s position as one of Europe’s leading centers for autoimmune diabetes research.

Earlier this year, the Capital Region of Denmark and Region Skåne in Sweden, signed a letter of intent to strengthen the Greater Copenhagen regional cooperation in, among other things, health. As a concrete follow-up to that statement, both regions, Lund University, Steno Diabetes Center Copenhagen and the Danish-Swedish life science cluster organization, Medicon Valley Alliance (MVA), have proposed a targeted approach to autoimmune diabetes, which will strengthen, over the next two years, the research aimed at developing new treatments for the region’s diabetic patients. Half of the project is funded by an EU grant of € 500,000, but the other half is funded by the Capital Region of Denmark, Region Skåne and Steno Diabetes Center.

The project will fund both closer cross-border research collaboration and support a joint Danish-Swedish effort targeted prevention and treatment. The ambition is also to explore opportunities for educational cooperation between the region’s universities, and a patient mobility agreement whereby patients in the region will be offered the optimal treatment, whether it is offered in Region Skåne or the Capital Region of Denmark. The project thus fetches inspiration from the long-standing ReproUnion project, where the involuntarily childless have the opportunity to benefit from the different expertise and specialties on both sides of the Sound.

– Diabetes is a common disease in the future. As responsible politicians, we need to find the best solutions, and here it is obvious that we unite forces across the Danish-Swedish border and together use common expertise to become more skilled and better at finding the right treatment for people with diabetes, says the regional council chairman in the Capital Region of Denmark, Sophie Hæstorp Andersen.

The enthusiasm is shared on the Swedish side of the Sound.

– Region Skåne fully supports the project. We regard our share of the funding as a strategic investment in both better research and better treatment services, says Regional Council Chairman for Region Skåne Carl Johan Sonesson, who emphasizes that a significant part of the research will take place in hospitals in Skåne. Region of Skåne looking forward to working more closely with the neighbors in Denmark

– In the Greater Copenhagen region, we stand on the shoulders of excellent and internationally recognized research when it comes to screening, genetics and immunology in type 1 diabetes. Now we pool knowledge and resources further so that we can maintain and expand the current leadership position, says Petter Hartman, CEO of the Medicon Valley Alliance.

– On both sides of the Sound we have fantastic competences in diabetes research that complement each other. By gathering these we can achieve results that neither of us could have achieved individually. At the same time, we are creating a research center that is incredibly strong internationally, says Finn Stensbjerg Kristensen, from T1com, who initiated the project, and whose purpose is to support the development of better treatment methods for type 1 diabetes.

– The ambition is a paradigm shift in our understanding of the pathophysiology of type 1 diabetes. We expect that the research will contribute knowledge to develop new strategies for more targeted intervention at various stages of the disease process. This will have a huge impact on people living with, or at risk of developing, type 1 diabetes as well as their families, says Flemming Pociot, Professor, Chief Physician, Steno Diabetes Center in Copenhagen.

– Based on the underlying mechanisms such as 1 diabetes shares with other autoimmune diseases the project will bridge these. The project seeks to explain why celiac disease affects 10% and thyroid inflammation (a form of trauma) affects up to 30% of all children with type-1 diabetes, says Åke Lernmark, professor at Lund University.

Daniel Agardh, consultant, expert in celiac disease and adjunct professor at Lund University, emphasizes that the link between celiac disease, type-1 diabetes and other autoimmune diseases carries a huge potential for the development of new drugs and therapies that have so far only been realized to a limited extent.

The project starts on January 1, 2020 and runs until August 2022. The project’s total budget is 1,000,000 euros and is funded, besides Interreg, by the Capital Region of Denmark, Region Skåne and Steno Diabetes Center Copenhagen.

We use cookies on our website to give you the most relevant experience by remembering your preferences and repeat visits. By clicking “Accept All”, you consent to the use of ALL the cookies. However, you may visit "Cookie Settings" to provide a controlled consent.
Cookie SettingsAccept All
Manage consent

This website uses cookies to improve your experience while you navigate through the website. Out of these, the cookies that are categorized as necessary are stored on your browser as they are essential for the working of basic functionalities of the website. We also use third-party cookies that help us analyze and understand how you use this website. These cookies will be stored in your browser only with your consent. You also have the option to opt-out of these cookies. But opting out of some of these cookies may affect your browsing experience. Learn more about who we are, how you can contact us, and how we process personal data in our Privacy Policy
https://diaunion.org/en/privacy-policy/
Necessary Always Enabled
Necessary cookies are absolutely essential for the website to function properly. These cookies ensure basic functionalities and security features of the website, anonymously.
Functional
Functional cookies help to perform certain functionalities like sharing the content of the website on social media platforms, collect feedbacks, and other third-party features.
Performance
Performance cookies are used to understand and analyze the key performance indexes of the website which helps in delivering a better user experience for the visitors.
Analytics
Analytical cookies are used to understand how visitors interact with the website. These cookies help provide information on metrics the number of visitors, bounce rate, traffic source, etc.
Advertisement
Advertisement cookies are used to provide visitors with relevant ads and marketing campaigns. These cookies track visitors across websites and collect information to provide customized ads.
Others
Other uncategorized cookies are those that are being analyzed and have not been classified into a category as yet.
SAVE & ACCEPT
Powered by